The first-ever online university program on innovation in the Greater Bay Area (GBA) of China launched last month to a worldwide reception. Hosted by South China University of Technology (SCUT) in Guangzhou, the course surpassed its 150-student limit, with 157 participants from 28 different countries and regions filling its virtual seats.

A new 3-week program with introductory lectures on emerging technologies like AI (artificial intelligence), e-commerce and blockchain as well as infrastructure-themed lessons on smart cities and mobility, all dissertations are in English by Chinese professors at SCUT.

The GBA is the course’s destination theme as it’s the economic hub of Southern China, home to many of China’s most iconic and innovative companies like Tencent, Huawei and DJI.

Overviews of Shenzhen and Guangzhou, China’s first tier cities, as well as an analysis on the current policy situation of the GBA are also touched upon in one-hour or less lectures.

"Usually people defer to Beijing or Shanghai to learn about contemporary China,” said Philippe Werner-Wildner, a Chilean professor who initially proposed the basis of a GBA-themed program in 2019. “The Greater Bay Area is where much of the future focus is now.”

Philippe, a Wuhan University PhD graduate who spent 5 years in Wuhan had planned to bring delegations of South Americans to Guangzhou and Shenzhen, with partner organization, Guangzhou-based, Greater Bay Academy.

With study tour plans scrapped due to the pandemic, South China University of Technology eventually opted to provide the academic component of the GBA program online last month in October, which just completed its first round ever.

Jon Santangelo, founder of Greater Bay Academy, who designed the course curriculum alongside SCUT, said, “Our program is centered around Chinese innovation with the GBA as the backdrop.”

“We’re honored to partner with SCUT as they’re a top-ranking university that is well regarded in China,” said Jon.

Smart CIty is a lecture within our program

The first batch of students represented not only a wide range of countries, but majors; from engineering, law, business, design, and more.

SCUT and Greater Bay Academy together were planning to host their first delegation of visiting international students in 2020. The planned study tour was in Guangzhou and Shenzhen in Guangdong province, the first region of the People’s Republic of China to open to foreign businesses in 1979.

Today, Guangdong is the country’s most affluent province with approximately 60,000 factories producing 30% of China’s exports and also 30% of the world’s textiles and toys.. Its capital, Guangzhou, and tech hub, Shenzhen, two of China’s top four metropolises (Beijing and Shanghai being the other two) are closely networked with GBA’s nine other key cities.

The Zhuhai-Macao-Hong Kong Bridge is the longest overseas bridge in the world. 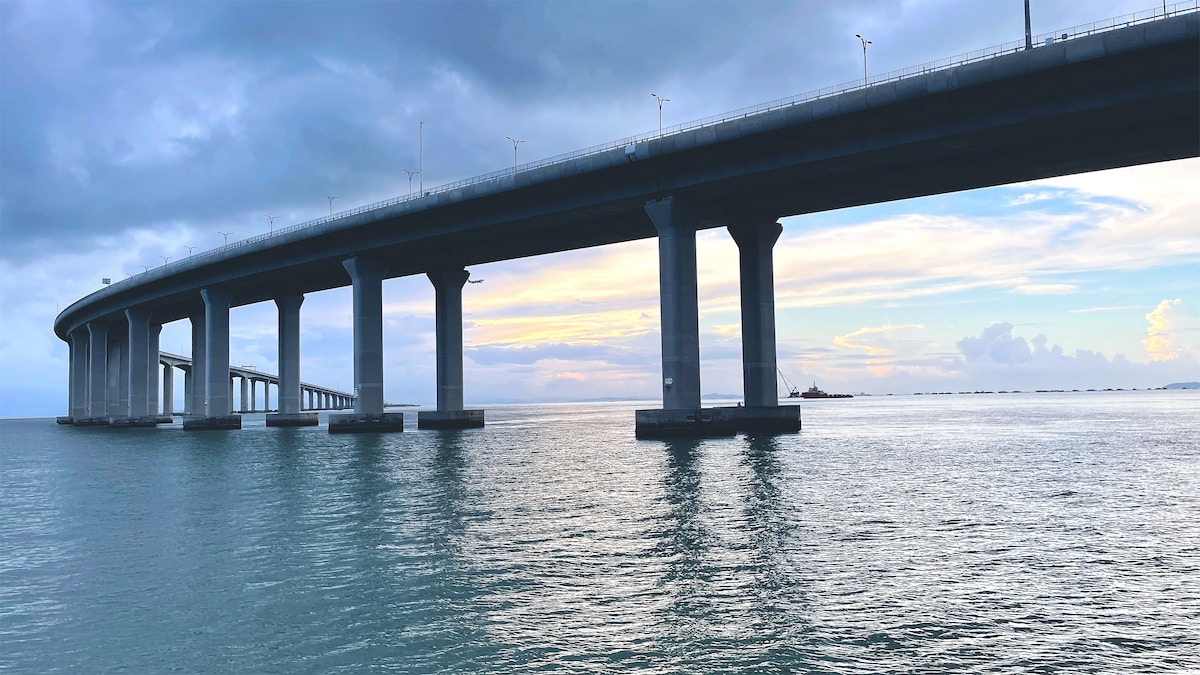 Shenzhen (pictured below) garnered the nickname of “The Silicon Valley of the East” and is renowned for its high-tech ecosystem, praised by product makers as the quickest place in the world to assemble and manufacture electronics. 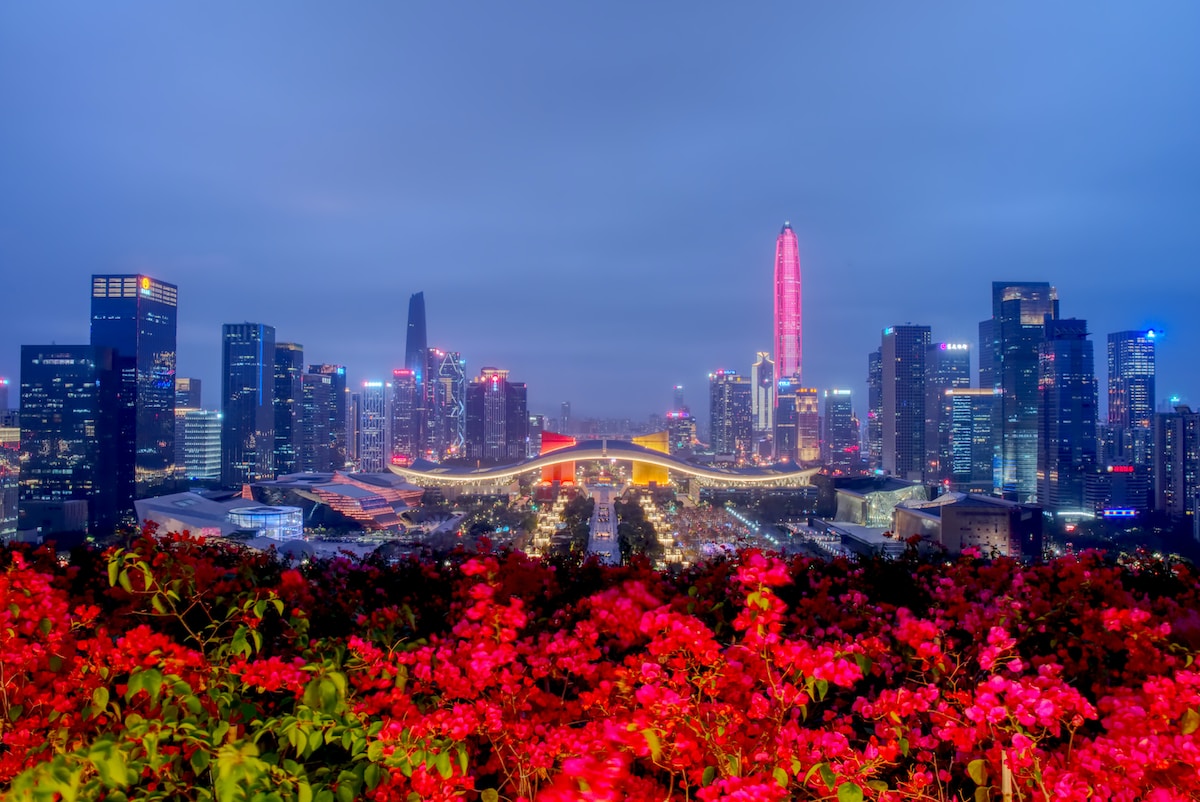 Guangzhou has been the historical trade hub of China for centuries and is home to Tesla-rival, X-Peng, and ‘flying car’ maker, Ehang, as well as Tencent’s ubiquitous app, WeChat.

Eager to learn all this and more, SCUT’s first online GBA program titled “Chinese Bridge” has a diverse cohort with students from just about every continent; from North America to South America, Africa and Asia, and Europe.

Macarena Millan, Founder of The Passengers has been fostering for several years the transfer of knowledge between Chile – Hong Kong, via Internships and Study Programs focused on Innovation.

“The Greater Bay Area is rapidly growing in interest, not only in Chile, but in South America” she said. Macarena’s Company introduced the GBA Online Program to dozens of Chileans and Peruvians who were first to enroll. “After completing the course students expressed satisfaction, and now they feel a greater attraction for the Tech & Entrepreneurship Chinese scene” declares.

Jane Lyu, a program manager at SCUT’s admission office, voiced how the combination of cultural and commercial lessons brought pleasant shocks and surprises, as proclaimed by students. “They enjoy learning about daily life in GBA, from ’Stories of everyday life in the Bay Area’ virtually tasting ‘three meals in one day" all while learning ‘Bay Area Speed’,” she said.

Many students stated their hopes to travel to China after the pandemic and experience the unique charm of the Bay Area and these stories firsthand. All students who complete the course are awarded a certificate of completion from South China University of Technology.

We just sent you an email. Please click the link in the email to confirm your subscription!